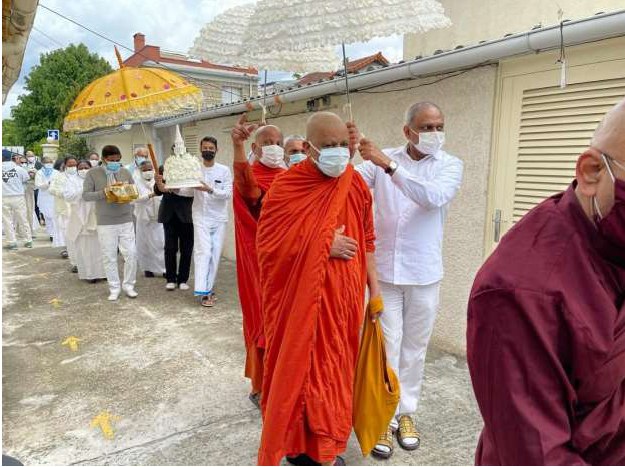 Marking the Birth, Enlightenment and the Parinibbana (passing away) of Lord Buddha, the International Day of Vesak commemoration organised by the Sri Lanka Embassy in France and Permanent Delegation of Sri Lanka to UNESCO in Paris was held successfully on a virtual platform on 26th May 2021.

The UN General Assembly resolution 54/115 of 1999 recognized the day of Vesak as an international day of observance given its significance for Buddhists all over the world. The Permanent Delegation of Sri Lanka to UNESCO, has been celebrating the International Vesak Day at UNESCO as an annual event.

The Opening Ceremony comprised of religious blessings by the Maha Sangha led by the Most Venerable Parawahera Chandarathana Thero, Chief Priest of the International Buddhist Centre and messages of peace were delivered by Hindu. Muslim and Christian religious dignitaries.

Delivering the welcome speech, the Ambassador Prof. Kshanika Hirimburegama, Ambassador to France and the Permanent Delegate to UNESCO, highlighted the importance of the Vesak season as “an opportune time to reflect on the virtues of living-protect others by being protected as individuals during this pandemic period” stressing if a person protects him or herself as an individual, the entire society would be protected, leading to defeating of the covid-19 pandemic.

Hon. Dinesh Gunawardena, the Foreign Minister of Sri Lanka on his special video message stated that “We are facing unprecedented times that are stressful for us all - a time that challenges our relationships and we have witnessed globally, situations of anger and hostility. We must reject hate and ensure that there is no room for it in our responses”. 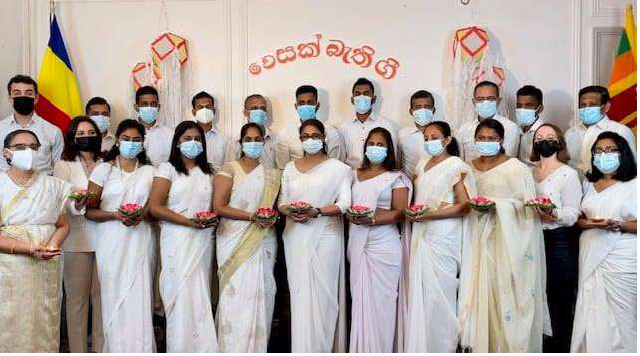 Director General Ms Audre Azoulay in her message stated that UNESCO is committed to preserving the diversity of cultural traditions and reaffirm all that Buddhist heritage brings to religious and cultural dialogue, and the fight against hatred. Further she pointed out the importance of Buddhist values “In these times of crises, this message of solidarity and benevolence towards others as well as towards the environment, is particularly significant. These are the values which UNESCO aims to breathe life through the diversity of its mandate”.

The virtual celebrations of Vesak, hosted virtually on Webex platform and live streamed on YouTube was attended and watched by over 500 viewers including members of the Buddhist clergy, other religious dignitaries, Members of the Diplomatic corps, Permanent Delegates accredited to UNESCO, staff of the UNESCO Secretariat, media, academia and the Sri Lankan community in France. 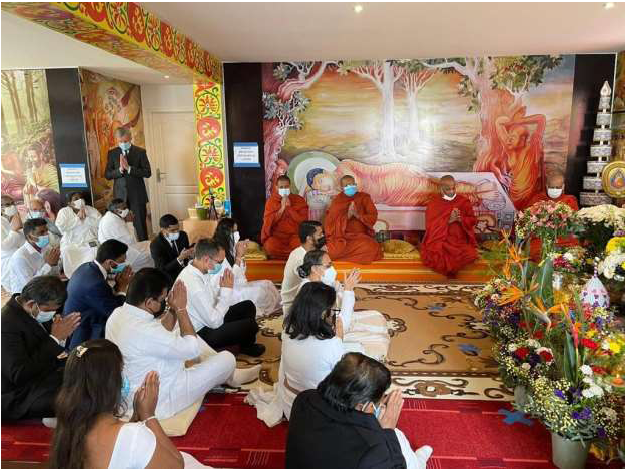 With the collaborations of the Permanent Delegates to UNESCO of the Asia Pacific group the event showcased videos depicting how Buddhists all around the globe are celebrating Vesak in their own traditions, symbolizing various aspects of Buddha’s life and Buddha’s teachings.

The event also included a special dhamma session by Most Venerable Murungasyaye Gnanissara Thero and was concluded with a meditation session by the Most Venerable Parawahera Chandrarathna Thero of the International Buddhist Centre in Paris. 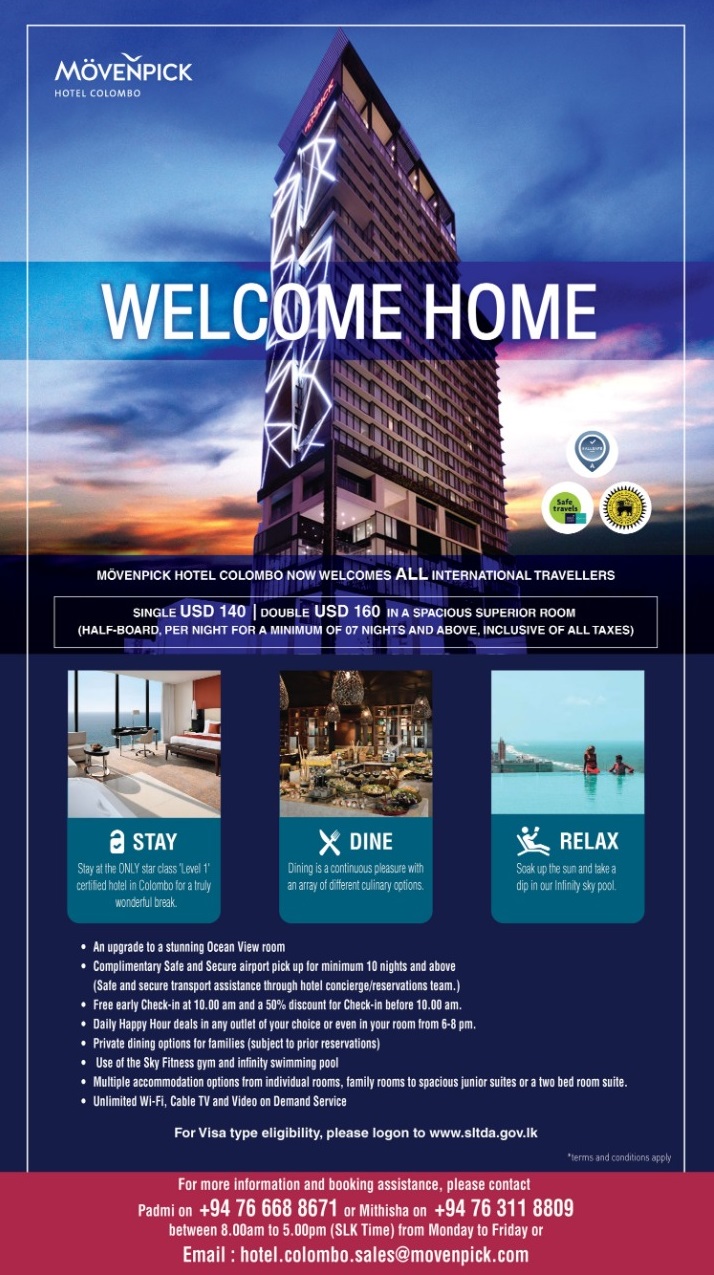 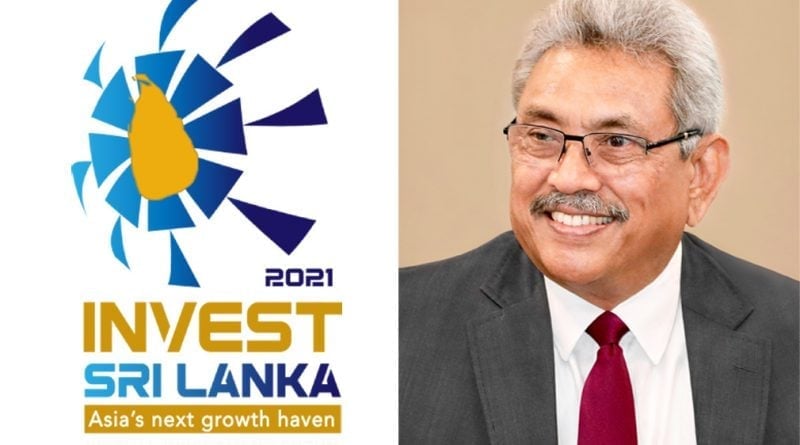